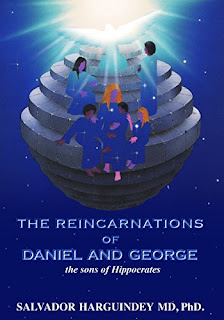 THE REINCARNATIONS OF DANIEL AND GEORGE:
The sons of Hippocrates (English Edition) KINDLE

At the instant when the rational appears absurd and the absurd becomes logical, the essential conflict, born in well-nigh virgin reaches of human nature, is sparked off, and the spirit’s fundamental emotion explodes. If at that transcendental moment verging on the end of time a violent flare of creative instinct originating outside man, comes to halt the oncoming destruction and overcome death, the miracle happens, and a conversion, whether psychological or religious, takes place.

It is also at this perilous juncture that the Marvelous bursts forth, spontaneously and without warning, and we find ourselves believing that we understand, even if only for an infinitesimal point in time, the radiant Reason that sustains life and the intimate Beauty that throbs quietly behind the nature and structure of the universe.

The birth of the new vision is here and a brand new life comes with it. Following that experience, nothing is the same as before, all is new. Myths and symbols become clear forthwith, the postulates of different philosophies merge, and good and evil join together, transcending their fusion. Guilt dies; original sin ceases to exist. The eternal comedies of mankind turn into tragedies and the tragedy of life begins to take on hues of  a comedy. And when reality thus changes, all limits disappear. What previously separated human beings now unites them, and as their own egocentric interests lose force and their value systems change, the meaning of time acquires a different dimension, existence begins to make sense, and a new an natural form of brotherhood arises.

This is the changing point, the breakthrough, and also, the moment of a trial and baptism by fire during which man believes and feels himself to be dying when, in fact, he is being born, truly born.

From an eternal Greek Theatre a brilliant and dazzling light came down charged with peace and hope. A light set in motion to illuminate the darkness enshrouding a chaotic,and ill-starred civilization and the exiled beings enduring it.

These pages are not only the story of two young lives, but also a far-reaching exploration into the most intimate essence of every human being and a new drug for the spirit, a catharsis and confession for the soul and a prayer for all religions.

“An enlightening vision of another dimension of reality, where love, friendship and wisdom can confer a new meaning to a different world. A luminous light of hope of a new universal life for the free man”. EL CORREO GALLEGO

“This novel is about dualism and unity: youth and maturity, life and death, man and woman, body and spirit, science and religion, man and God together in a living universe. It could change your life”. EL CORREO

“A novel of a different dimension, faithful to a higher trend of the spirit. It depicts the ambition of a flight towards the idea of global knowledge through a synthesis of mysticism and science, man and cosmos”. EL PAIS 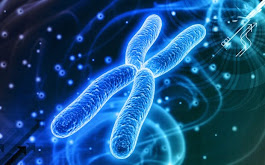 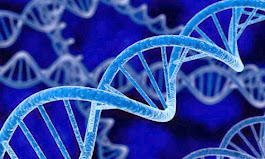